﻿ Bart: The gauge and its history
﻿

The gauge and its history

The pressure gauge is an instrument for measuring the pressure of fluids or gases.

The right meaning refers to tools that check relative pressure (of a closed circuit) without any atmospheric pressure influence. The instruments measure atmospheric pressure are called the barometers. "Gauges" measuring depression are called vacuum gauge At the beginning the word "pressure gauge" was referred only to instruments with a liquid column, called U gauge. Later it was expanded to join also dial or digital instruments.

A bit of history

In 1644 Evangelista Torricelli conceived the principle of the barometer, building what is now called Torricelli's tube and find what we call the Torricelli' vacuum. Torricelli and Viviani showed that vacuum can exist in nature and air has his weight. The preferred units in the European standards is the bar, for countries with metric system and psi for Anglo-Saxons ones. Other pressure units have been called "torr" in Torricelli honor, and, the International System unit, "Pa" in Pascal honor. Pascal who studies and improve the Torricelli's atmospheric pressure theory The word barometer coined by Boyle in 1667 is now almost always associated with the name of Torricelli which is therefore among the most famous Italian scientists in the world. Eugene Bourdon (Paris, April 8, 1808 - Paris, 29 September 1884) was a French engineer and watchmaker. In the 1849 he invented the Bourdon pressure gauge, a measuring instrument of pressure still in use. The pressure gauge Bourdon, at the time, could measure pressures of hundreds of atmospheres, something unthinkable until then, and its introduction has made a significant contribution to the security of the steam generators. To use the patent he founded the company Bourdon Sedeme.

Now little used, however it is still among the most reliable tools for their simplicity. They consist of a tube (usually transparent) bent in U and filled with a liquid. One end of the tube is left open to the atmosphere, while the other is in direct connection with the process to be measured. The height of the liquid give the pressure in the highlighted column on a graduated scale. See also conversion table. 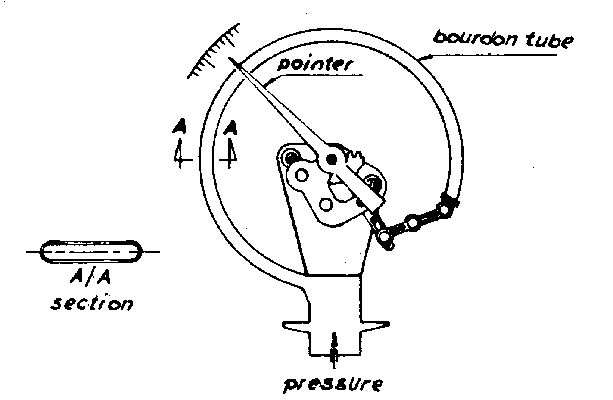 This type is the most popular for their robustness, the reading speed, safety and wide range of selectable scales. See Table They can be made of different materials for applications in contact with different substances (See table chemical compatibility) and can be fitted with separators, electrical contacts, reference indices, all thread (see thread table) and so on. They can also be filled with the damping fluid (usually glycerin) that avoids the "disappearance" of the needle due to the vibrations and preserves by continuous changes in pressure and water hammer. 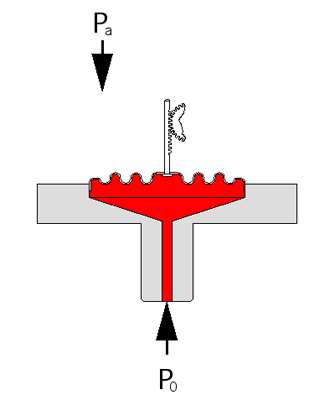 Are pressure gauges whose movement is a rack directly connected to a membrane. They haven’t a wide range of pressures, but they are very used in low pressures, even in the presence of glycerin or electrical contacts and where you want to separate the process from the internal parts of the pressure gauge.

How many notchs a pressure gauge should have?
Leggi

How the range is divided and where are the numbers
Leggi

Which elements are suitable with materials of process wetted parts
Leggi 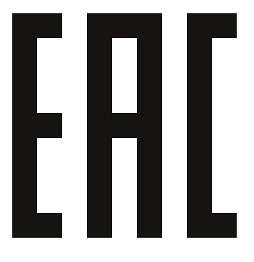 Our pressure gauges have been certified EAC (Eurasian Certification) suitable to sell in Russia, Kazakhstan, Belarus, Armenia and Kyrgyzstan markets.